The Meritage Resort and Spa
New York Times: His Love for Her Could Fill a Book. Instead, He Wrote a Post.

Emilia Gonzalez, a nurse, and Joseph McCloud postponed their 2020 wedding because of her work on the frontline. He then entered a contest on Instagram that turned their luck around.

Joseph McCloud said he has so much love and respect for Emilia Gonzalez, a nurse he met six years ago, that he “could write a book about her.”

Instead he wrote a 331-word tribute to her on Instagram, which won the couple a lavish wedding this past fall at the Meritage Resort & Spa in Napa, Calif.

When asked for one word to describe their Oct. 30 nuptials led by the Rev. Karna Carr, a United Methodist minister, both Ms. Gonzalez and Mr. McCloud agreed on “unforgettable.”

But for Mr. McCloud, 32, and Ms. Gonzalez, 28, there will never be enough words to express how their lives were affected by the pandemic, which forced them to postpone the planning of their first wedding, initially scheduled for the fall of 2020.

“Our facility had an outbreak from August until September back in 2020,” said Ms. Gonzalez, an infection-control nurse at Pleasanton Nursing and Rehabilitation Center in Pleasanton, Calif. “That’s six weeks of physical and mental exhaustion. I was working almost everyday, coming in weekends and on-call 24 hours.”

Through it all, Mr. McCloud was her “biggest ally,” she said. “He made sure to take care of me and everything else he could so I could concentrate on restoring our facility’s pre-Covid status.”

It was Ms. Gonzalez’s work on the frontline, and the sacrifices the couple had to make as a result, though, that ultimately brought the two to their “unforgettable” wedding day.

“This whole thing has been so surreal,” Mr. McCloud said. “It’s like Emilia and I have been living a dream.”

It was a dream that began with a chance meeting between Mr. McCloud and Ms. Gonzalez in May 2015 at a bar in San Jose, Calif. “He was actually at the bar when our eyes connected,” Ms. Gonzalez said of that night. “Then a few minutes went by, and he was just standing there, not moving, and I didn’t know what to think.”

Neither did Mr. McCloud, a security operations specialist for Sony in San Mateo, Calif. “I was working up the nerve to meet her,” he said, laughing.

Sensing that she was about to walk away, he made up his mind to move toward her, and said the best greeting he could muster was blurting out an ancient pickup line: “What’s a nice girl like you doing in a place like this?”

Ms. Gonzalez said she had never heard that line before, and “gave it an A-plus rating.” She said she told Mr. McCloud that she had gone to the bar that night with her sister, Cristina Gonzalez, who by then was “waiting for me to come outside so that we could all walk back home together.” 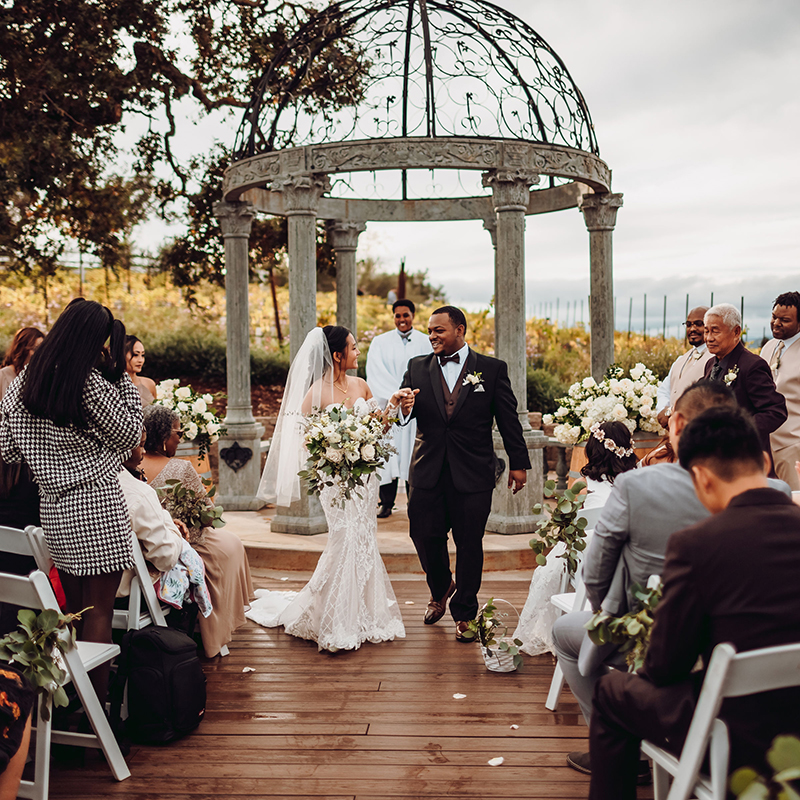